We found you in Victoria Ok thanks

Understanding your fertility is important because falling pregnant isn’t always easy. If you’re having problems, you’re not alone. One in six Australian couples will have difficulty having a baby.

Ingredients for a healthy pregnancy

If you’re trying and not getting pregnant, it could mean there’s a problem with one of these key ingredients:

The female reproductive organs are located on the inside of the body:

They work together to help a woman menstruate (have their period), conceive (get pregnant) and carry a baby to term. 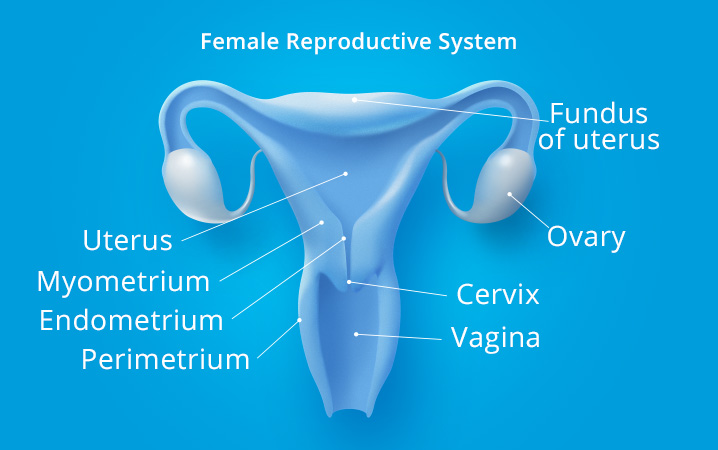 Your vagina is a tube-like structure connecting your internal reproductive organs with your external genitalia. The vagina is flexible and stretches when giving birth.

The cervix is between your vagina and uterus. It secretes mucus (known as cervical mucus) that helps, or sometimes stops, sperm from fertilising an egg. The cervix is also very flexible and expands in childbirth.

Sometimes referred to as the womb, your uterus is a muscular organ made up of three layers:

When an egg is released from your ovaries, it can take several days for it to reach your uterus. Once the egg is fertilised, it implants into the endometrium (inner lining) and develops in the uterus through pregnancy.

Most women have 2 ovaries (left and right). Ovaries store your egg follicles. Each month, a follicle matures and releases an egg into the fallopian tubes. Your eggs are made before you’re even born and start to decrease straight away. You are born with about 2 million eggs, and have about 400,000 left by the time you have your first period.

The ovaries also produce oestrogen and progesterone (hormones crucial for reproduction and pregnancy).

Fallopian tubes connect your ovaries to your uterus. They have 20-25 finger-like structures on their ends – a bit like tentacles. These tentacles hover above the ovaries and collect the egg that is released from your ovaries. Fertilisation of the egg by the sperm happens in the fallopian tubes. If your tubes are blocked, you may struggle to get pregnant naturally without some help. 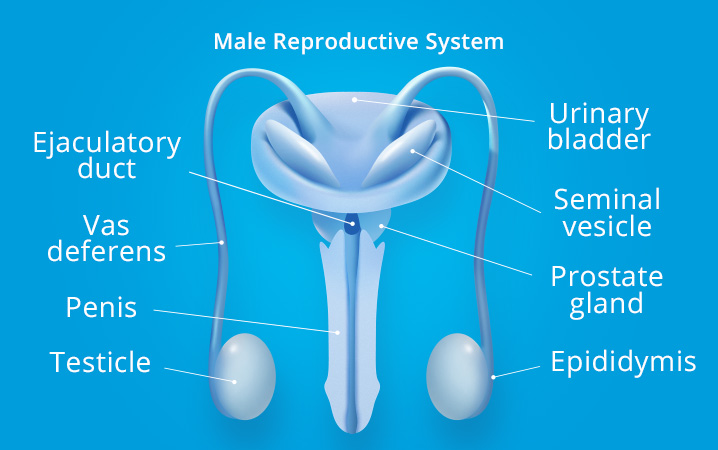 The penis is the organ used during sex. Semen ejaculates from the end of the penis when orgasm occurs. Semen is a natural fluid produced by the male reproductive system that can contain sperm.

The scrotum is the pouch of skin located beneath the penis which contains the testicles (or testes). The testes produce sperm (which can fertilise an egg) and testosterone (a hormone crucial for reproduction).

Once sperm is mature, it moves into the vas deferens. Vas deferens is a tube connecting the epididymis to the pelvic cavity.

The urethra is a tube running from the bottom of the bladder to the end of the penis. From the pelvic cavity, sperm moves to the urethra to prepare for ejaculation. When the penis is erect during sex, urine is blocked from the urethra, so only semen is ejaculated.

Once an egg has been released from the ovaries, it travels down the fallopian tubes towards the uterus. As it travels, it produces an enzyme (a natural substance) to attract sperm.

Although men release millions of sperm when they ejaculate, only a few hundred will make it from the cervix, up into the uterus and into the correct fallopian tube (on the side the egg has been released that month). Only one sperm can then make its way through the egg’s tough coating to begin fertilisation.

The fertilised egg then continues down the fallopian tube to the uterus. It implants into the inner lining (endometrium) and officially becomes an embryo.

How to tell when you ovulate

Other ways to tell you are ovulating:

Just before ovulation, your mucus becomes clear and slippery, like an egg white. This creates the best environment for sperm to travel through the cervix – it’s your body’s natural way of telling you it’s the best time to try and get pregnant.

After ovulation, your cervical mucus changes again, becoming thicker with a white or yellow colouring, making it harder for the sperm to get through to the cervix.

Your fertile window is the time during your menstrual cycle when pregnancy is possible. Technically, this is only about 6 days per cycle – on the first day of ovulation and during the five days leading up to your ovulation.[1]

When is the best time to conceive? 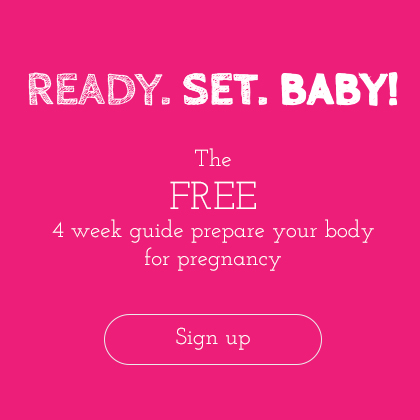